Had Elizabeth been able to encounter his eye, she might have seen how well the expression of heartfelt delight, diffused over his face, became him (Pride & Prejudice, 58)

Charles Malik on «Reason» at the UDHR: How to grasp human dignity 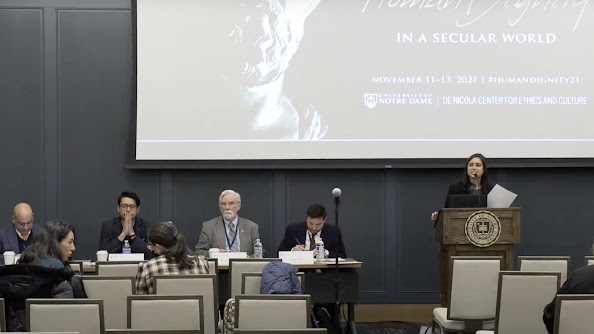 Charles Malik on "Reason" at the UDHR: How to grasp human dignity

My paper tries to answer this question: What is Charles Malik's idea of reason, and how does this concept influence the Universal Declaration of Human Rights? And like a bad movie, I'll begin spoiling my paper: when Malik refers to reason in the context of human rights, he implies the idea of natural law. Now, I will divide my presentation into three sections: first, the incorporation of the word reason and Malik's explanation of its importance; second, his connection between reason and the Thomistic explanation of the natural law; and third, some reference to his years as a professor of philosophy to offer a broader context of his thought.

1. The addition of reason and nature

Article 1 of the Universal Declaration of Human Rights (UDHR) states: "All human beings are born free and equal in dignity and rights. They are endowed with reason and conscience and should act towards one another in a spirit of brotherhood". The drafting history of this formula -already studied by several scholars- suggests that the Article represents the intellectual core of all Declaration. Glendon declares article 1 as an "expression of faith in human intelligence and fellow-feeling." Where does its novelty lie? What words or ideas expressed that innovation?

On June 15th, 1947, a specialized Working Group was rearranging the first outline of the Declaration. The French delegate -René Cassin- proposed an article 1 that stated two affirmations. The first one, a factual description of human beings (a metaphysical statement), and secondly, an ethical consequence: "[a]ll men, being members of one family are free, possess, equal dignity and rights, and shall regard each other as brothers." The next day, the working group incorporated a new element into the Article: an epistemological reference: "being endowed with reason.".

Almost six months later, Carlos Romulo (Philippines) suggested adding the contested words "by nature." As it is well known, the explicit reference to "nature" was dropped from the final version of the document, something that Charles Malik always regretted, and attributed in part to a deficiency in the translation between English and French that lightened the philosophical expression by its own nature [de par leur nature] with a simple by nature [par la nature].

The Lebanese Diplomat always understood that the Declaration still has room for the Thomism doctrine of natural law. Why? In part because of the references to inherent dignity and rights and his understanding of the word reason and its implications. These two elements are the main components of the idea of natural law explained by Jacques Maritain as the ontological "normality of its functioning" and the epistemological "knowledge by connaturality."

2. Reason as a reference to a specific understanding of natural law.

On several occasions, Malik explained article 1 and article 18 on religious freedom meant a specific understanding of the human condition embedded with teleological rationality and an inherent disposition to grasp the requirements. In February 1947, expanded the meaning of "right" to include the idea of teleological ontology as follows: "I wish further to say that the very phrase human rights obviously refer to man and that by rights, you can only mean that which belongs to the essence of man. […] By right then, you certainly mean something, as I said, that flows from the nature of man.

Regarding the knowledge by connaturality, Malik understood that reason and reasoning constitute a process that begins from being human and finishes with a person's existence. He used the expression to become a person, and he successfully incorporated this experience into article 18 on religious freedom. In 1946 he said to his drafters' colleagues:

And there is one point on which we wish to insist more than anything else, namely that it is not enough to be; it is not enough to be free what you are. You must also be free to become what your conscience requires you to become in the light of your best knowledge. It is freedom of becoming, of change that we stress just as much as freedom of being.

Freedom of conscience and thought means more than changing a hobby or changing an opinion based on feeling but the right to become a person. Changing fundamental ideas implies a human person deciding how to face her relation to the world, other human beings, society, and culture. For Malik, this means protecting the core of dignity through reasoning as an acting person. Reason would be the rational potentiality to intellectually see, personally accept, and freely live according to the truth grasped about herself. It means to be honest, faithful to himself as a person and as a human being.

That is why he deplored the tendency to disregard a word as nature from the Declaration, not because they were rejecting his preferred philosophy, but because this rejection would imply a diminish of the human rights project:

The first Article of the Declaration on Human Rights should state those characteristics of human beings which distinguish them from animals, that is, reason and conscience. Without reason, the very work they were engaged in would be impossible; what, then, is more "reasonable" than the explicit mention of the factor which constituted the basis of their work in the very first Article?

In the end, the drafters dropped the word nature to avoid philosophical disagreements. But still, they construct Article 1 as an answer to this question: why can Jane reasonably expect that when she says, "I have a human right," John will understand what she is referring to and know that he is ethically bound toward her?

These ideas of reason can be traced to his early days as a professor of philosophy in Beirut. Malik edited a collection of texts of the great philosophers and introduced the book with an essay on the value of the great masters. There, clarify two aspects of his idea of reason. First, something related to his understanding of natural law. He said:

"Things have a way of immediately revealing themselves to reason, provided that reason be not distorted to begin with. The great masters try to scoop the truth of a thing out of itself and not out of something else. Everything has its own proper nature, its own proper truth, and it is the part of adequacy tenderly to attend to it in itself, simply letting its truth come out from within. The great masters teach us this infinite, patient tenderness, where there is no haste, no distortion, no abstraction, but the pure desire to let the matter speak for itself."

The second meaning requires a previous clarification. Jacques Maritain explained that we must distinguish the natural law, from our experience of that reasonable structure of human condition, and these two, from the philosophical discourse that explains natural law. In that regard, Malik taught that we need great masters as guides that teach us how to recognize and understand the basic human requirements. In other words, we need teachers to understand the requirements of natural law. We learn that experiences by a kind of philosophical empathy. Learning philosophy means to learn to place ourselves in the place in which Aristotle saw what he explained, not only to remember what he said. For Malik, reason and natural law allow us to understand the core experience of someone who lives in a different culture and time, just because we share a common rational structure of understanding the human condition.

Lastly, Malik's academic papers, lectures, and academic talks show us that reason and reasoning occur in the middle of the drama of existence. Reason act not in the silence of applying principles as in geometry or the greedy disposition of a utilitarian reasoner. Malik's academic papers show the human existence as drama and his classes as commotion: "This course had wonderful moments of truth and vision," he writes at the end of one semester. Reading his reflections on Dostoievsky, Augustin, or Plato, you sense the drama of someone looking for God and meaningful life. In 1940 he wrote: "There were moments in which it was futile even to ask questions, and philosophy could not exist without the grace of discerning the questionable character of existence. […] As a result, I suffered at times in forcefulness and quality: my soul was torn apart in many directions, and I had to struggle hard to maintain my self-identity. […] But against this soul of mine and against the forces fashioning it, I am waging a most bitter fight day and night. The two lights controlling my fight are Christ and Plato. In them, there is no looseness and no self-lostness."

So, a reason that understands life as a drama that unfolds in front of an audience impacts how he understands human rights. I want to finish my paper with one of the most beautiful interventions of Malik in the drafting process of the Declaration. Here, he invites us to broaden our sense of reasoning our human condition. He said to his colleagues:

[w]e require I submit, the sensitive insight of the poet, the prophet, the philosopher; and I hope we shall call in these types of minds to aid us in our important enterprise. If only jurists and politicians and diplomats work out this Bill, I am afraid it will come out a distorted thing: it will lack vision and unity; it will lack sweeping simplicity. Vision and sensitiveness belong pre-eminently to the prophet, unity to the philosopher, simplicity to the poet. 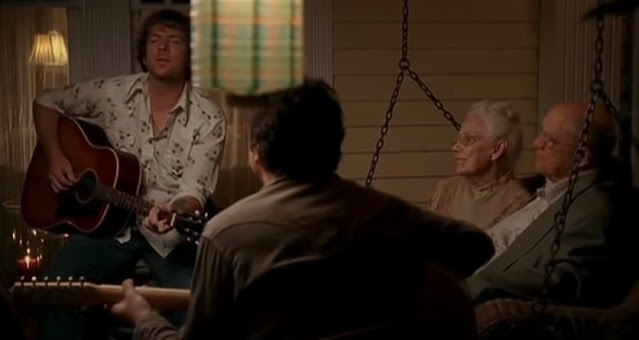 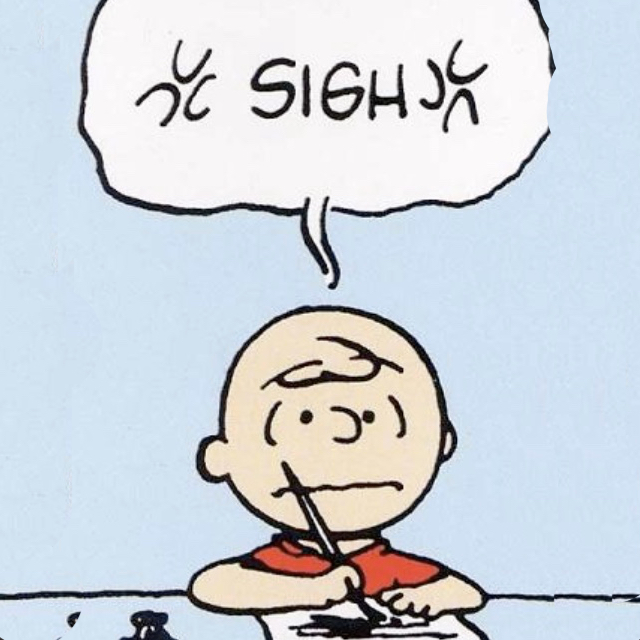 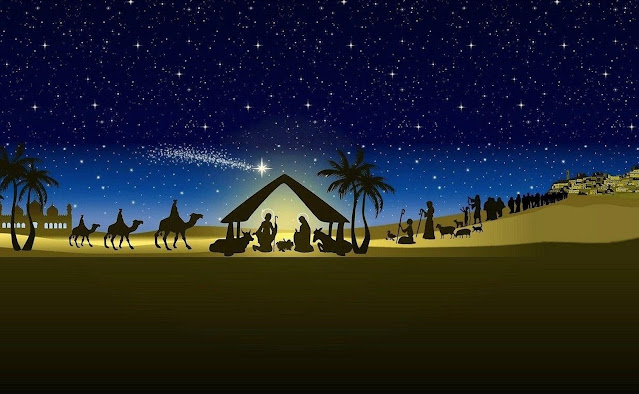 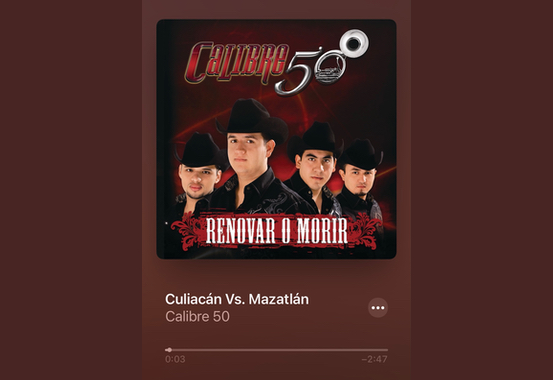